knitting has forced me to seek medical attention - level 2

Yards In, Yards Out 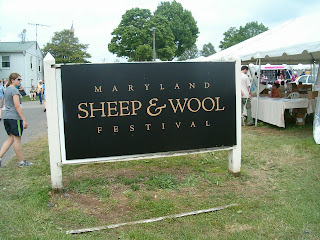 I'd heard that Saturday was the "crowded" day at the sheep and wool festival, but when I said huddled masses in the last post I thought I was joking... I didn't realize how teeming with bodies that crowd would really would be!
It was seriously packed, and seriously hot. It was pretty much impossible to do a whole day.

We (DH came with me) got to the fairgrounds around 1ish (after sitting in bumper to bumper traffic for an hour and a half). We met up with my parents for a quick hello, and then a couple who were college days friends. The guys went to look at who knows what and the ladies went shopping.
Well actually, on Saturday I mostly went through the animal barns... much less crowded and always interesting. The huge differences in size, fleece or hair, horns and coloring among the single species, Ovis Aries, is fascinating to me.

Why yes, thanks for asking, I do have pictures... 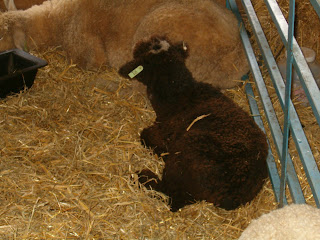 There were lots of lambs... 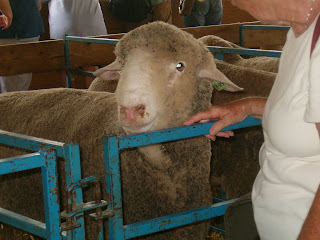 Rambouillet ram, shown with my Mom to show size... a big boy! 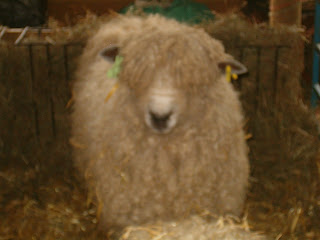 Don't remember who this was but such long curly locks (but not a Wensleydale)!

And a few non-sheepy types... 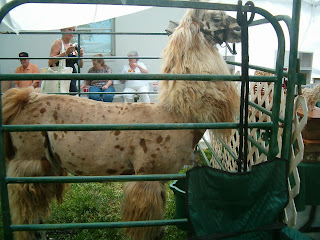 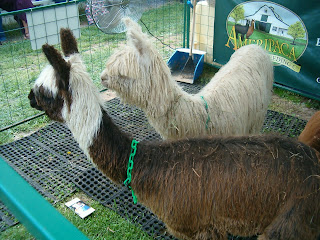 Cute as a button alpacas (the white one was named "Kitty" heehee).

That night we got together with my co-blogging sister and my parents for dinner. DH set up his tent close by my folks rig at the campground in Fort Meade, and I went to Guido's After Party (after some confusion about getting C back to her hotel... thanks to her friends she made it back there fine).
The party was... not quite what I was expecting. I'm not sure really what I was expecting, just... it was more subdued and less party-like I guess. It was outside the hotel so it was still hot and muggy and, unfortunately, there weren't enough seats for everyone. The food was delicious looking, but I had just eaten dinner (and I wanted a coconut shrimp so bad... though I manage to eat a few brownie and cake bits dipped in the chocolate fountain by the end). The prizes were amazing, and there were quite a lot of them, but I didn't win anything.

So I drove back to Fort Meade and spent the night in the tent. It is a very nice tent and the ventilation was good so it wasn't too stifling. But tenting is not for the weak of will. Or the achey of back.
As a kid my brother once made the astute pronouncment that "Camping is for suffering". Yep.


The next day was so different from Saturday. The crowd was thinned out by at least half. There was no traffic to speak of... and though still warm it wasn't as oppressive as the day before.
DH and my Dad went to play golf and my Mom and I came in and shopped. I was pretty good, but I did indulge in a bit of sock yarn. 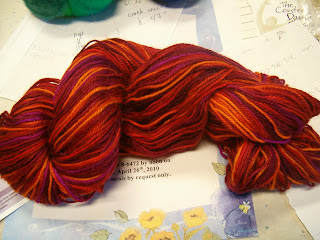 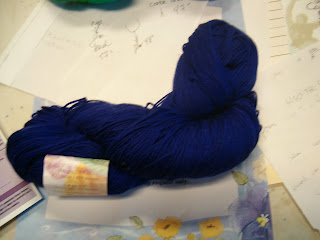 Cascade Heritage in the prettiest blue (I try not to buy yarns I can find locally but the color just grabbed me). 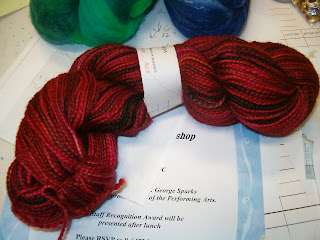 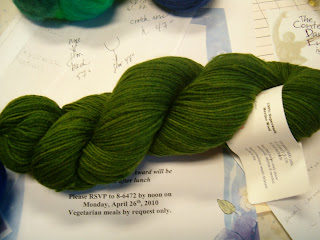 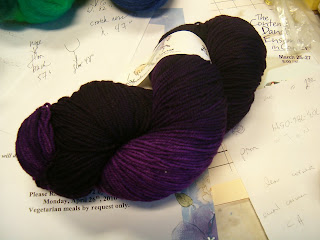 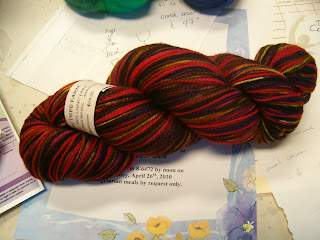 And it's just possible a couple of pretty spinning fibers might have fallen into my bag... 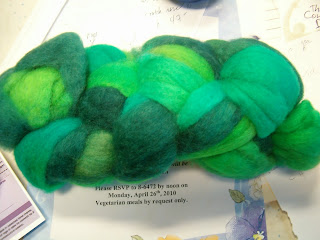 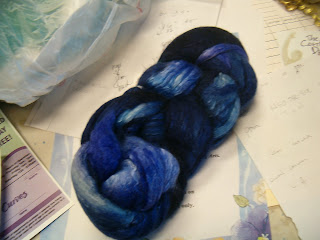 Merino silk blend
And two books including Knitwear design Workshop by Shirley Paden (which has to be returned as it came missing pages 33 to 48 but with an extra set of 17 to 32).

All in all a fun day with friends and family and a moderate amount of loot taken home. 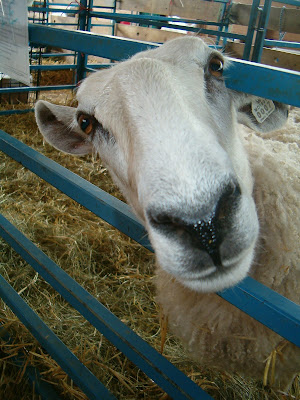 The yarns are all beautiful. I wish there would be festivals like this here too!
Greetings from Germany
Julia

We did have a fun time, especially Sunday. Since it was my first festival, I'm glad you and Caroline were there to show me the ropes.